In December, the Asian Elephant Specialist Group (AsESG) held its tenth annual meeting, with Elephant Family in attendance. Elephant Family has been a major funder for the specialist group since 2016 and the organisation has gone from strength to strength. This newsletter contains some information about the AsESG and their work.

The Achievements of the AsESG

The group's membership is comprised of the world's foremost Asian elephant experts, who discuss new threats to the species, breakthrough research and strategies for Asian elephant conservation.

Commended by the IUCN as an exemplary specialist group, the team's members have worked with governments in Bhutan, Sabah, Sumatra, Lao PDR and India.

They have spent the last two years collaborating to draft guidelines on every issue facing elephants, from human-elephant conflict mitigation to treating and minimising the spread of disease in elephant populations to reintroducing captive elephants into the wild.

While in Sabah, the specialist group's experts consulted with the government on the country's ongoing challenges with human-elephant conflict. Sabah produces 7% of the world's palm oil, in a market worth $93 billion. Plantations occupy one-fifth of the country's land mass. Yet the land is also core habitat for elephants, who disrupt harvesting, damage electric fencing and feed on young trees.

Oil palm is vastly economically important and will have an estimated value of USD 93 billion next year. Today Sabah produces more than 7% of that palm oil, and a fifth of the country's land area has been given over to plantations.

But this land was once the habitat of Asian elephants. The loss of their former range drives them into conflict with plantation owners as they disrupt harvesting, damage electric fencing, and feed on young oil palms. Between 2010 and 2019, 145 elephants were reported killed in or near palm oil plantations.

However coexistence may be possible; some plantations have found that when they remove the fences and allow elephants to roam freely, they do vastly less economic damage than they do when confronted with electric fences to fight their way through. ​When clearing spent trees, plantations are also providing the nutritious hearts of palm for elephants, who again inflict significantly less damage.

Small adjustments like these have vast positive consequences for both people and elephants and show us how coexistence may be possible. 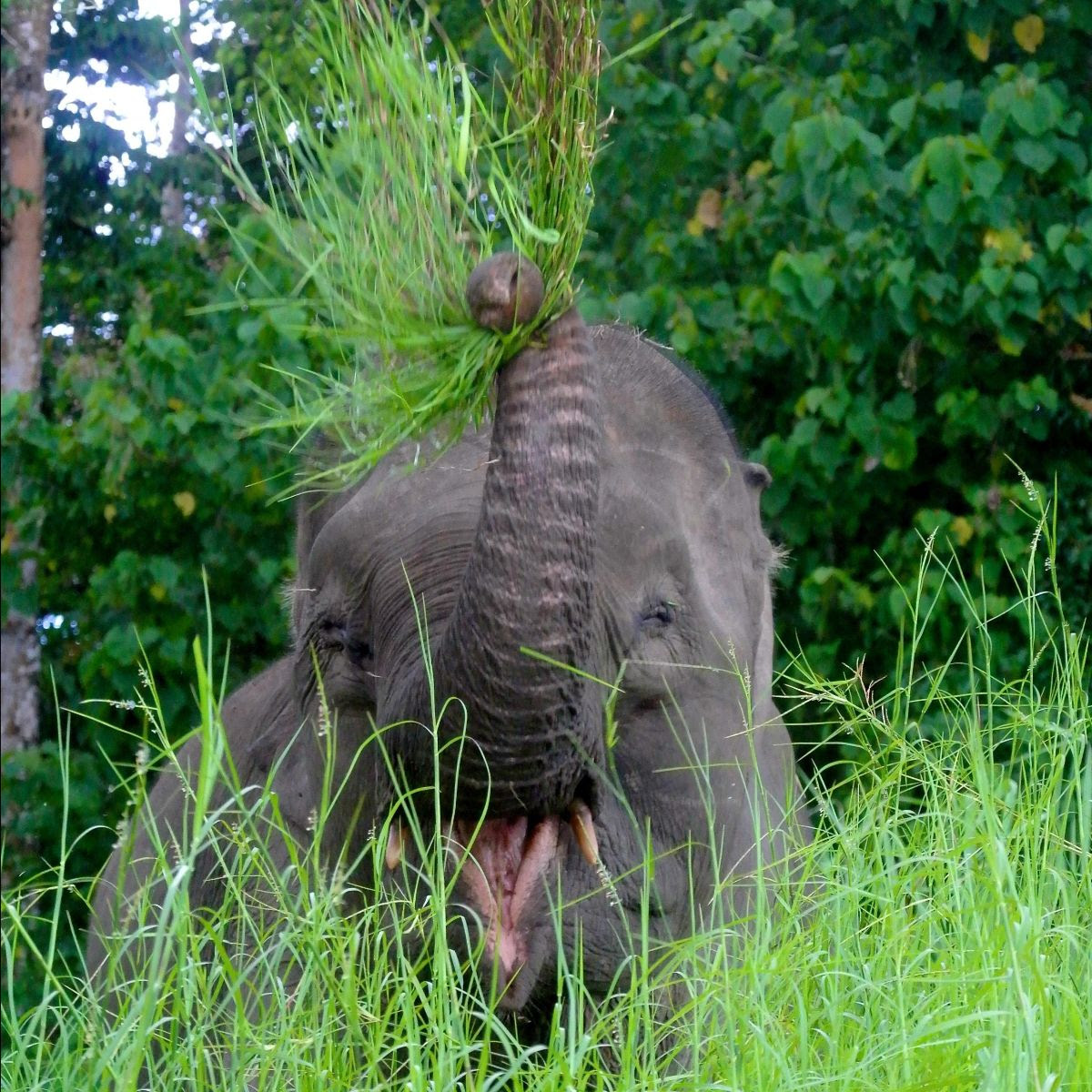 The Sabah meeting was also host to a spirited discussion on whether the Borneo elephant, sometimes known as the dwarf or pygmy elephant, should be considered a subspecies of Asiab elephant. Confined to northeast Borneo, the Borneo elephant may be indigenous to the island or may be descended from captive stock imported by a sultan in the 18th century.

The group had to consider all factors, from genetics to morphology, geography to archaeology, and the outcome has important conservation implications; if the Borneo elephant is a subspecies, rather than an offshoot population, then it is critically endangered and immediate action must be taken to preserve it.

The Specialist Group meeting ended with the formation of a working group, which will both advocate for registering the Boreno elephant as an official subspecies with the IUCN, and addressing the general conservation issues that impact elephants in Sabah.